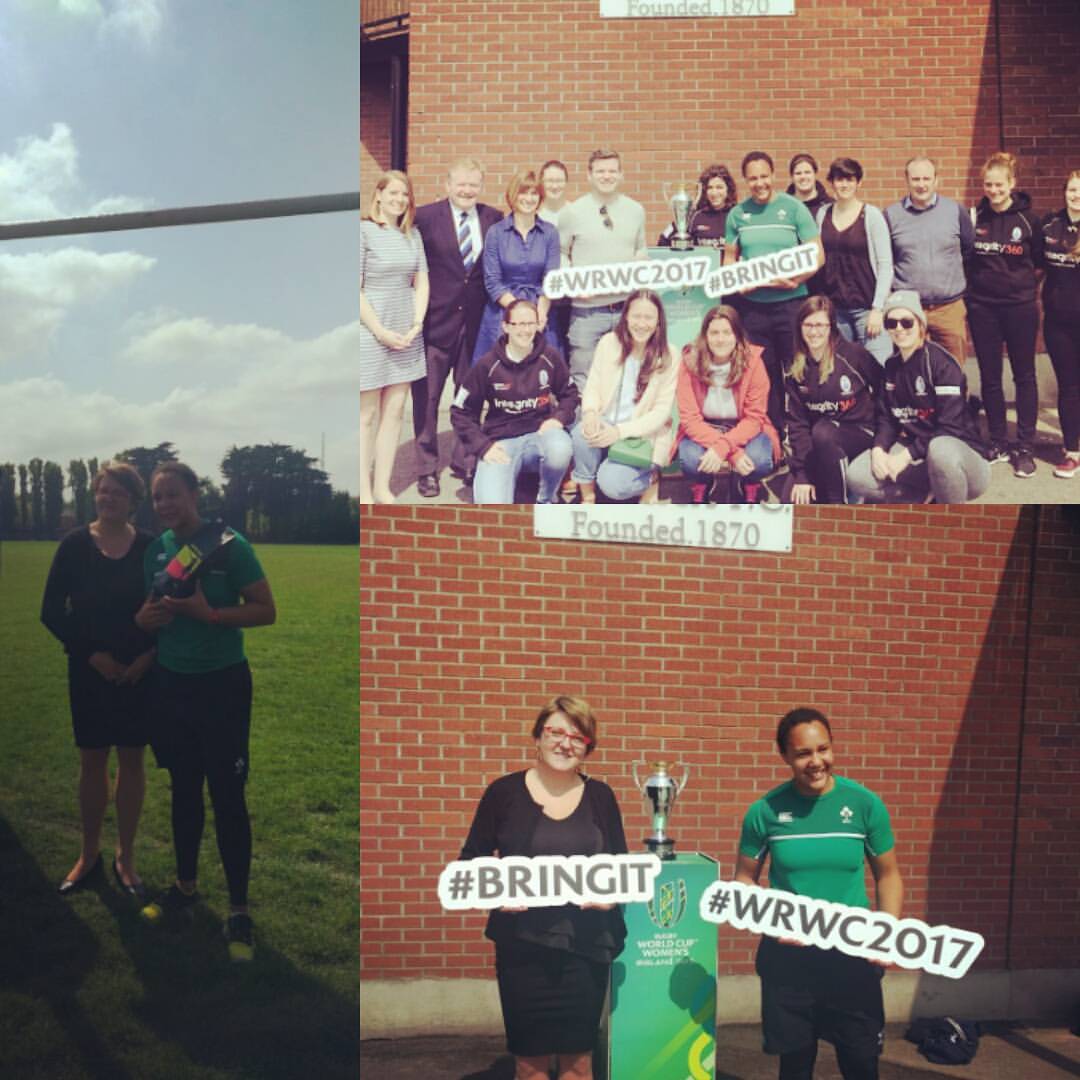 The longer I am involved with Rugby Tackling Life, the more I realise that the world is indeed a village and everyone is my people. And we could not do it without anyone.
There is, for example, our super woman friend Sanni Virtanen from Finland. She came to visit us a couple of years ago and has ever since then been a very strong supporter and has also ensured that we not only had a sufficient supply of sports bras and other equipment. Sannis students in her school Ruusuvuoren koulu raised 3000 Euro for Rugby Tackling Life.  So, 450 students between the age of 11 and 16 worked during one of their school days and donated their salary to us. I do not even have words for that. And that does not happen very often. We will be using the funds to develop Rugby Tackling Life in order to reach our goals Rugby and Life wise, too.
I also went to Dublin last weekend to spend time with another super woman friend Anne Grumelard who we met last year in Uganda, of course. Anne is the captain of the Wanderers Women’s Rugby Team in Dublin. As Ireland is hosting the Women’s Rugby World Cup this year there are several events with the winning trophy that tours the country. The day started of with a under 9’s Rugby tournament which was absolutely fantastic to watch. It was followed by a photo session with another super woman, Sophie Spence, who is also playing for the Irish team this year. And finally there was a fundraising lunch for the women’s team during which Gordon D’Arcy who is a retired Irish Rugby player and now journalist and still very much involved with Rugby and charity work gave a speech.  And then there was me, holding a speech about Rugby Tackling Life, COOFFEEE and why we do the things we do and it was spectacular. Not necessarily my speech but having the chance to talk in front of so many people I had never met before. I honestly only ever realise how cool it is what we do when I talk about it loudly and when then someone comes to me and says „It is an honour to meet you…“ I blush and I wish I could have my whole team there and all 2000 girls and make them see that they are being seen and we are doing the right thing. And above all the Wanderer’s raised the funds they needed which makes it even more worthwhile. In the meantime we are working on admin stuff in Uganda, talking weekly and updating ourselves daily on next steps and plans.
And then I get to see a photo of one of our girls who just had a baby. One year ago her plan was to go to university, pursuing a career and playing Rugby and I am very sad. Not because she has a baby, but because it appears to me that she chose the easier way. And I feel that this is where we are hitting our limit because we can only provide the tools but cannot chose the right direction.
I mentioned in my speech that we always move a couple of steps ahead and then fall back a few.  However, it is what is and we will just never stop!
Anne
#rugbytacklinglife