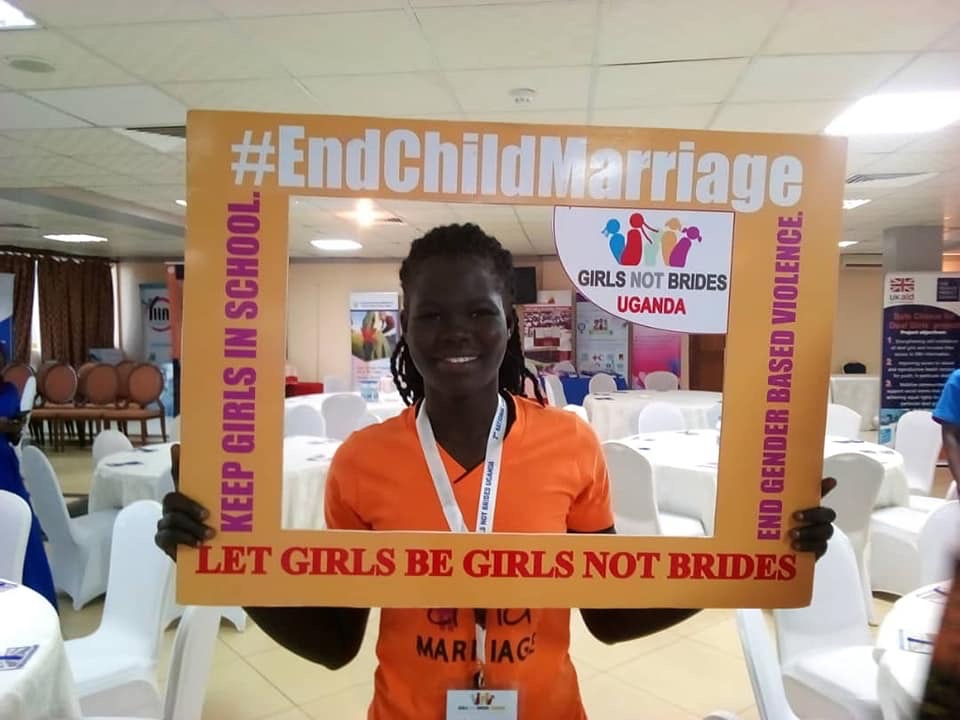 Yes, it is possible.

During the Girls Not Brides (GNB)-Uganda second National Girl Summit this week, Flavia Agenorwot was given an opportunity to talk about RTLs strategy to fight child marriage, early unions and teenage pregnancy.

Flavia spoke about how RTL uses rugby as a tool to reach out to girls and boys who are in school and also those out of school. RTL engages both girls and boys in our approach as it is not possible to attain gender equity without cooperation from both genders.

Boys are also at risk of forced child marriage so it is important to include them in our fight. Rugby is a great tool to use for mobilisation as it is a team sport therefore attractive to the youth. It is also considered a man’s sport so by playing rugby, girls and women are already challenging societal perceptions.

Flavia interacted with members from various CSOs, religious bodies and other stakeholders in Uganda’s battle to end child marriage.

The biggest challenges to this battle are, it is difficult to change people’s attitudes towards girls and their „value“ so it will take a lot of time and patience to do so. Additionally, the rampant poverty in Uganda exacerbates the problem. Despite the different approaches taken to try and solve this problem, the goal is the same – END CHILD MARRIAGE!

The theme of this year’s summit was „Securing Uganda’s Future: Support the Girl Child to live her full potential.”

According to UNICEF, Uganda has the 16th highest prevalence rate of child marriage in the world and has 787,000 child brides – the 10th highest absolute number of child brides globally.

Customary marriages or informal marriages, where a girl lives with an older man, are more common than registered civil or religious marriages. Eleven percent of currently married 15-19 year old girls are married to men who have more than one wife.

The reason for early marriages is rooted in the traditional and social norms, poverty, bias against girl child education among others.

Uganda has one of the highest rates of teenage pregnancies in sub-Saharan Africa, estimated at about 25% with regional variations. This increases to 34% in the poorest households. In rural areas, 24% of girls experience early pregnancy compared to 16% of wealthier households and 21% of urban girls.

A briefing paper „Let children be children: The case for ending child marriage in Northern Uganda“ was compiled by youth advocacy groups in Amuru, Gulu and Nwoya districts, with support from Save the Children, and determined that across Uganda, one girl is at risk of child marriage every minute with nearly half of girls married before they turn 18.

In parts of Northern Uganda a shocking 68% of girls are married before they are adults. One in four teenage girls over 15 have already given birth or are pregnant.

Let us all do what we can to tackle child marriage/early unions and teenage pregnancy in Uganda. Together we can make a bigger impact.